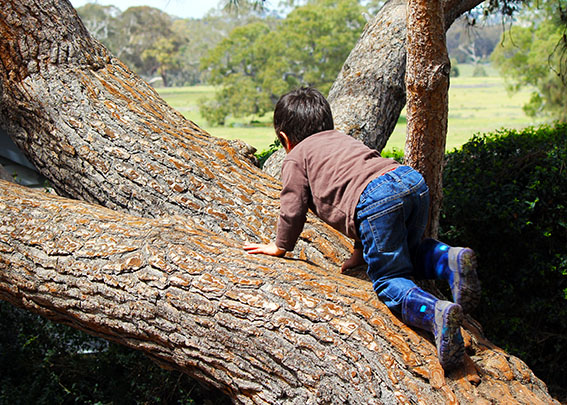 One of the things I struggle with is getting outdoors with the kids.  I have always had one who wasn’t quite so great with instructions.  The one who does a runner at the most unpredictable of times.  The one who you have to constantly watch like a hawk.  As a result, I have often left the outdoor stuff for the weekends when my husband and older kids are around to help.  I just don’t feel it’s safe otherwise.

I had my eye on a nature playgroup for a while.  But because I was about to give birth when I heard of it, and then had a newborn to care for, I didn’t take it any further. Eventually, I realised that we had been stuck at home for way too long and I needed to do this.  Not only for the boys to spend some much needed time outdoors and burn off some energy, but also for my sanity.

It was a bit of a spur of the moment decision.  After coming across a reminder of the playgroup on a Facebook post I decided then and there that we would join.  Too often I sit on things, put them off, tell myself I’ll look into it later….and we all know that later never happens.  I had just emerged from the newborn haze (which admittedly took longer than usual), and I was itching to get out, so I immediately contacted a facilitator and organised it.  After a good nights sleep the panic set in.  Am I crazy?  Do I really want to take a 4-month-old to spend a couple of hours outside in the middle of winter?  Maybe I should have thought this through a bit more. But I knew that getting outdoors more was just what my boys needed, just what we all needed,  so I pushed the doubts aside and went ahead with it.

From the first session, I was hooked.  After a scenic drive, we arrived at our meeting spot, the views were breathtaking.  To begin with we went on a nature walk, picking up leaves and other bits and pieces for our craft activity.  Our facilitator pointed out many wonders during our walk, different trees, moss, burrows, and we even got to see a mob of kangaroos.  After the craft activity, the boys found a tree to climb before being lured away by everybody’s favourite activity, mud play! This is where the kids get dirty, jumping in the mud, mixing it, and making all sorts of goodies. We have mud pies, mud biscuits and mud soup, and naturally, I have to sample each of these culinary delights.  My 7-year-old, who is apparently too cool for this session can’t help but enjoy himself, often finding a little nook embedded in a tree where he bakes his goodies, before an imaginary timer informs him that his mud cake is ready.

After spending minimal time outdoors for 4 months I went away from the first session truly exhilarated, and more importantly, the boys both had lots of fun, even though my 7-year-old tried his hardest not to.  The fresh air and sunshine did us all the world of good, and we have enjoyed each session ever since. 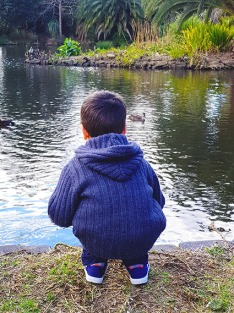 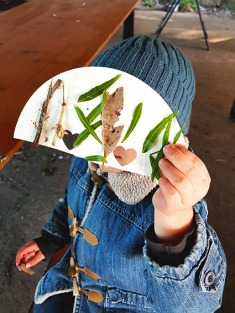